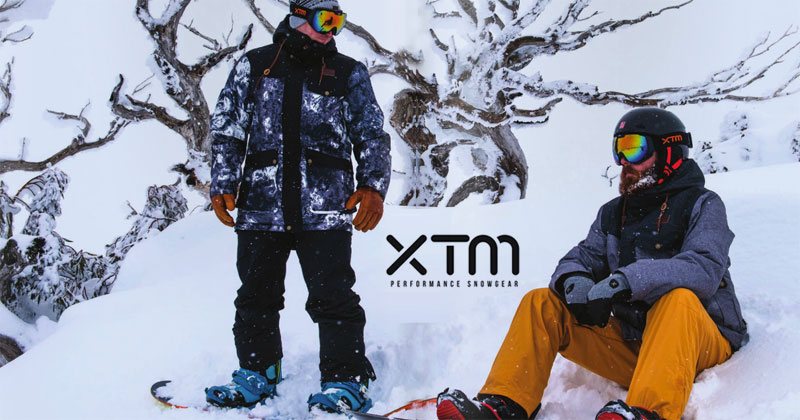 XTM is one of the leading manufacturers of snow gear in Australia. The brand has evolved to become a well-known provider of quality ski and snow equipment and XTM is the official supplier to the Australian Olympics team. Their collection includes snow jackets, rain wear, snow pants, goggles, mitts, boots, earmuffs and socks for men, women and children.

The XTM story: The result of a brainstorming session between three hugely influential figures within the Australian snow scene, life time owner Pete “Fozza” Forras, NSW’s snowy cowboy Gary “X” Rae and the salmon of knowledge Bill “the Uncle” Dalton. The three decided that they wanted to create a brand that would change the face of Australia’s snow sports industry and show the world Australia is a country to be taken seriously in winter sports. From that small cafe in Sydney XTM was born. The name XTM is an abbreviation for the term “cross the mountain” or “X-The Mountain”.

From the beginning these three lived and breathed the Australian ski scene, Pete competed for Australia at the 1988 Calgary Winter Olympic games in the downhill and downhill combined. The goal was then as it still is now “to create world class snow and outdoor gear at competitive prices, backed with passionate customer service and available worldwide”. It didn’t take long for XTM to be a massive hit. By 2002 we had already established ourselves as one of the leading brands in the Australian market.

The three ambitious entrepreneurs were never going to rest at that. They acquired a licence to use Gore-Tex in their top level ski gloves, to this day are still the only licensed Gore-Tex glove manufacturer in Australia. With this massive development XTM became the official supplier for the Australian Winter Olympic team. With this the XTM brand was launched onto the global arena. In Pete’s words “It was almost like I felt I owed something to this wonderful organisation that helped me realise my dream”.

For the past three Olympics, XTM have been the Official Supplier of Gloves, Socks, Bags, Base Layers and Apres Boots for the Aussie team. The New Zealand and Danish Olympic teams have also chosen to wear XTM in Olympic competition. This close relationship with some of the world’s best athletes has been instrumental to the development of our brand.

We are a company who caters for all types of adventurers, what we learn from working with the most talented athletes on the planet can be seen throughout our entire range. We will forever endeavour to work with the most advanced materials and technologies in the world to continually bring you products of gold medal quality and we do all this from our Torquay beach shack.